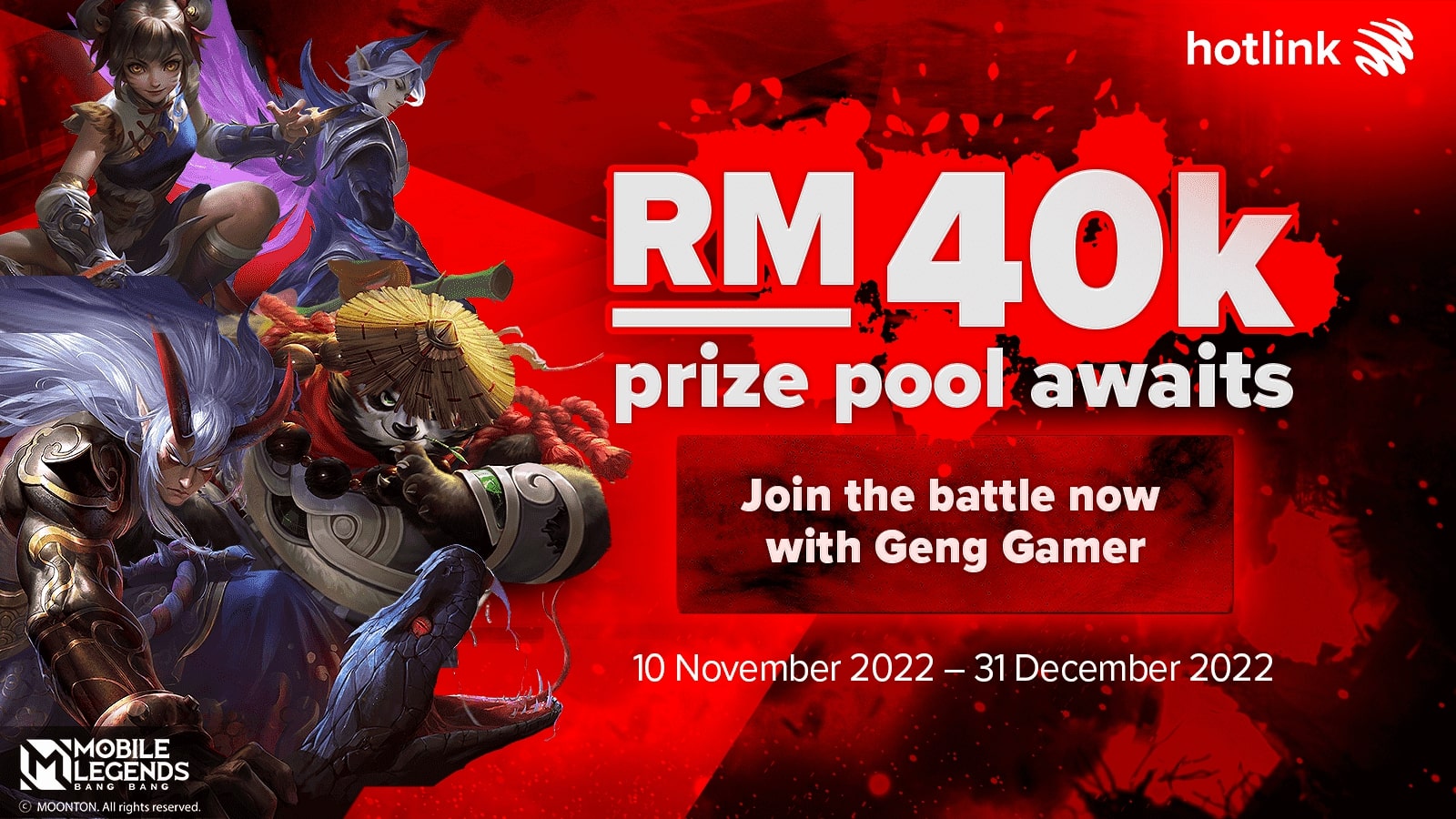 Geng Gamer is a one-stop online gaming store that offers the latest game credit purchases for top game titles at the most affordable prices, exclusive game promos, eSports tournaments, as well as the latest gaming content and news. All gamers need to do to start enjoying these benefits is to create an account on Geng Gamer with their Maxis mobile number or email.

“With the popularity of eSports, we are excited to enable gamers to showcase their skills by competing in tournaments and the chance to win exciting prizes. Avid gamers will get the best value and the convenience of purchasing and reloading game credits via a single bill. The first 8,000 Hotlink users who participate in any Geng Gamer tournament from now to 31 December will receive a one-time free 300GC as special reward, so we highly encourage them to join the tournament,” said Rabiras Rajakrishnan, Head of Hotlink Consumer, Maxis.

The three new eSports tournaments within the Geng Gamer have a total prize pool of RM39,800 for all gamers:

Existing Geng Gamers users can also grab up to 10 million Geng Coin when they purchase selected game credits on Geng Gamer from 10 November to 30 November. Users will receive the Geng Coin in the form of 10% cashback and users are free to spend the cashback on future purchases.