Over the course of the past few years, there have been many studies and surveys urging enterprises to prepare for the digital wave. Phrases such as Industry 4.0, digital transformation, disruptive digital business models are but some that have been bandied about.

These themes are about empowering businesses to be more agile so that they can respond to disruptions brought about by the competition but without having to spend more money to achieve that goal.

For companies to embrace digital transformation holistically, networking technology needs to evolve. But the truth is that networking has not changed much and for decades, the bedrock model for corporate connectivity between offices is through the ubiquitous wide area network (WAN), interconnected together by routers running on private networks.

WANs have been popular for a number of reasons. The technology is mature and the use of private networks to carry corporate traffic makes it fairly reliable. However, WAN technology is dated and much of its intelligence is hardware-based.

This means that WANs have limited operational flexibility and they can’t easily provide agility to meet modern needs, which newer alternatives can. They run over private networks, which are expensive to lease and can take a long time to provision new connections.

The management of WAN routers is also a complex process as there can be literally hundreds of them to manage. This makes it time consuming and susceptible to errors. Because they are complicated to manage, highly skilled engineers are needed to maintain them, which means smaller companies can’t easily afford to do so.

Put simply, traditional WANs are expensive to use and maintain and do not offer the flexibility nor the agility that modern, competitive enterprises need in today’s world. 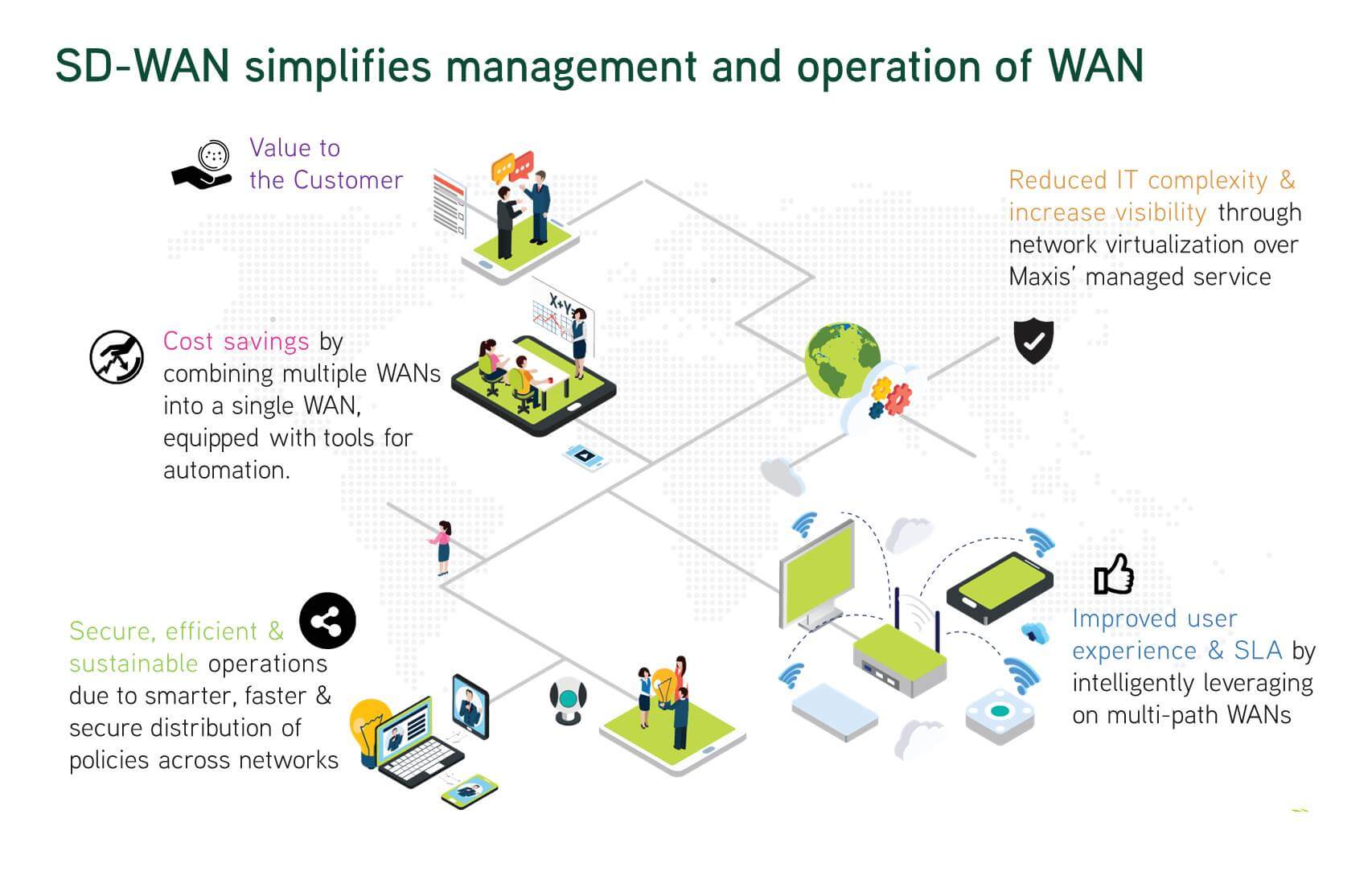 New technological developments mean that traditional WAN networking today is being supplemented – and in some cases superseded – by software-defined wide area networking or SD-WAN.

In a nutshell, SD-WAN separates the data stream from the control protocols used to administer that same data stream. Because the control portions of networking are being isolated and centralised and controlled via software that resides in an appliance known as the SD-WAN controller, network configuration, orchestration and maintenance are simplified.

The first benefit of this is cost savings, as multiple WANs can be amalgamated into a single WAN equipped with tools for automation, thereby lowering cost. This also improves scalability and increases performance while lowering connectivity costs as configurations are done via software. What’s more, SD-WANs are flexible enough to Internet connectivity to carry traffic including broadband and 4G/LTE, which are cheaper than private networks such as MPLS.

Next benefit is improved user experience and better service level agreements (SLAs). By intelligently leveraging on the multi-path nature of SD-WANs, enterprises scale up and down its bandwidth requirements according to what their application loads are, thereby saving bandwidth costs.

Security and network policy administration are also improved as enterprises can establish a more secure and efficient network operations due to being able to effectively deploy multiple policies via software across the entire network in a simplified manner.

Being software based, SD-WANs are much more flexible than traditional WANs, which often have rigid network architectures. IT complexity is also reduced while visibility is boosted through central network virtualisation, which results in the reduction of manpower to run them.

Provisioning and deprovisioning of new connectivity is also sped up resulting in improved productivity. Finally, SD-WANs are also compatible with newer technology such as cloud connectivity and the software-defined data centre, enabling it to move towards an agile organisation. 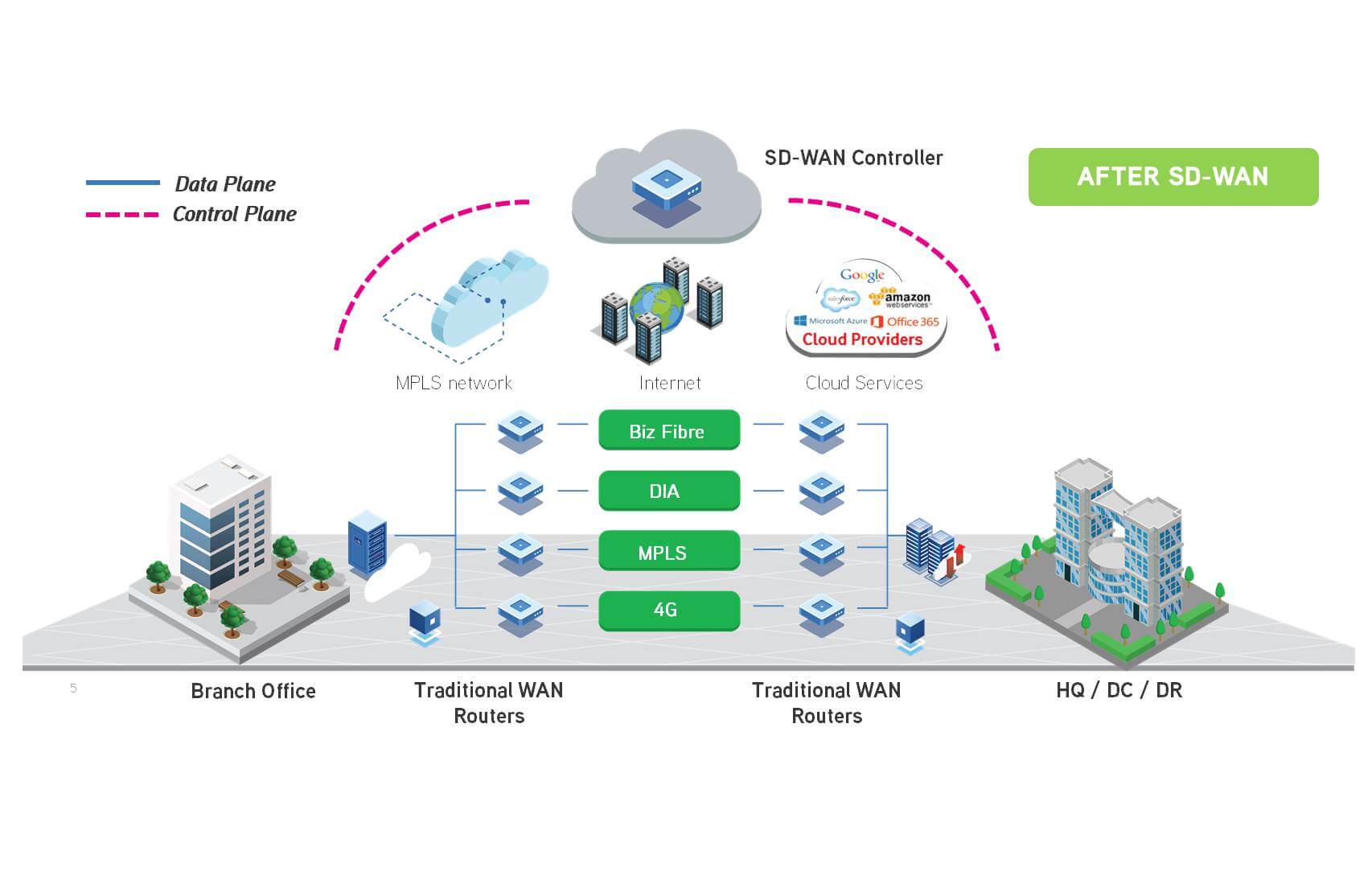 How To Get There

What C-suite executives want today is to allocate their budgets from keeping the lights on towards driving new innovation within their organisations. They want to improve customer experiences to fend off disruption from agile competitors and leverage as much automation and intelligence as they can from any given technology.

SD-WAN is such a technology. With it, companies can have a converged connectivity that is flexible yet cost effective, especially if it is managed for you by a reputable service provider. Here is a checklist to evaluate if your organisation is primed to embrace SD-WAN.

To learn more about how Maxis Managed SD-WAN is a game-changer for businesses, visit https://business.maxis.com.my/fixed/sd-wan/ This Merdeka, Hotlink is offering its users the opportunity to redeem attractive vouchers, prizes and win the latest smartphones by simply reloading their credit or purchasing e-vouchers on the Hotlink app. The campaign is an initiative to reward Hotlink customers who frequently “Bikin Selalu, Hotlink App Dulu”. In line with the government’s aspirations to accelerate vaccination in the country under the National COVID-19 Immunisation Programme (PICK), Maxis has collaborated with Malaysian Red Crescent Society (MRCS) to support their mobile vaccination programme. As the nation celebrates Hari Kebangsaan and the upcoming Hari Malaysia, Maxis has launched its inaugural Maxis Awards to recognise and support outstanding Malaysian initiatives whose contributions drive positive impact for their fellow citizens.