Maxis eKelas celebrated another milestone in its journey to empower digital learning by rewarding its first ever Anugerah Gemilang eKelas to students who have shown the most improvement in their studies. The award, which was launched in November 2017, is open to all students who have been participating in the eKelas programme delivered at Pusat Internet 1Malaysia (PI1M).

Owned by the Malaysian Communications and Multimedia Commission (MCMC), PI1M is an Internet centre located in underserved areas to provide access to communications to surrounding communities. Maxis has a total of 118 PI1Ms under its care nationwide. To date, 45 PI1Ms across 10 states are participating in the eKelas programme.

Tan Sri Dr. Halim Shafie, Chairman, Malaysian Communications and Multimedia Commission (MCMC) said, “On behalf of MCMC, I applaud Maxis' efforts in bringing eKelas, a digital learning programme to PI1Ms, in line with MCMC’s aspirations to make PI1Ms a learning hub for local communities. Today, technology and the Internet have changed the way children are communicating and accessing information. eKelas plays a role in improving the students' learning and today Maxis is acknowledging those who have shown progress in their studies. This would indeed serve as an encouragement for other students.”

“We have made significant strides in eKelas and the introduction of the Anugerah Gemilang eKelas marks yet another key milestone in eKelas’ journey. As we continue to expand and grow the programme, we want it to translate to academic success for the students. By giving them access to new ways of learning through our live tutorials and portal, our ambition is to help eKelas students to live up to their potential and achieve excellence in their studies,” said Raja Tan Sri Dato’ Seri Arshad Raja Tun Uda, Maxis’ Chairman.

To qualify for the award, the students were required to achieve a minimum of one grade improvement in the three subjects taught in the eKelas programme, namely English, Science and Mathematics. This was based on the students’ mid-year exam results as the base assessment and final year exam results or PT3 results for Form 3 students.

Out of the 11 students chosen to receive the Anugerah Gemilang eKelas, three of them showed improvement in all three subjects. To recognise their achievement, a special awards ceremony was held at Menara Maxis, where each student received a cash contribution worth RM1,200 which will be deposited to their National Education Savings Scheme (Skim Simpanan Pendidikan Nasional 1Malaysia), as well as a school starter pack.

Another 8 students showed improvement in two subjects and retained the same grade in one other subject. They were each awarded a cash contribution worth RM600 for their National Education Savings Scheme and also received a school starter pack.

Among the award recipients was Muhammad Aqil Danial bin Ramzu Nazri, a Form 2 student from PI1M Kg Semuba in Kota Bahru, who showed one grade improvement in all three subjects. “eKelas has really helped me in my studies. The teachers are experienced and the notes given are comprehensive. I am so grateful to be chosen as one of the award recipients, especially because it made my parents so happy!” he said.

Another award recipient, Thirunyanam A/L Thamby Raja, a Form 4 student from PI1M Kg Muhibbah, Puchong, successfully improved his results in two subjects. “eKelas has given me motivation to study even harder. The notes I receive from the eKelas teachers have helped me to become more focused. I’m delighted to have been chosen as one of the award recipients. Thank you Maxis!” he said.

Maxis eKelas is an after-school digital learning initiative that aims to improve the academic performance of students in rural and urban communities. Its focus is on three subjects - Science, Mathematics and English - for Form 1, 2 and 3 students. eKelas offers a combination of live tutorials, group learning and interactive digital content which is in line with the Malaysian School Syllabus. The programme is delivered at PI1Ms.

Since its launch, eKelas now has more than 4,000 students in terms of class population and also those interacting within the eKelas portal. Our aim is to have 10,000 students accessing the portal by the end of 2018.

The eKelas portal was launched last year, giving students access to a cloud-based resource of learning content, enabling them to study at their own pace. Students can take charge of their learning and at the same time discover how to learn collaboratively. This is in addition to the live tutorials, during which students can interact directly with teachers via video streaming.

Beyond eKelas, Maxis also gives back to the community through its festive charity events and disaster relief initiatives. In addition, the Company encourages its employees to volunteer their time, energy and skills for these activities. 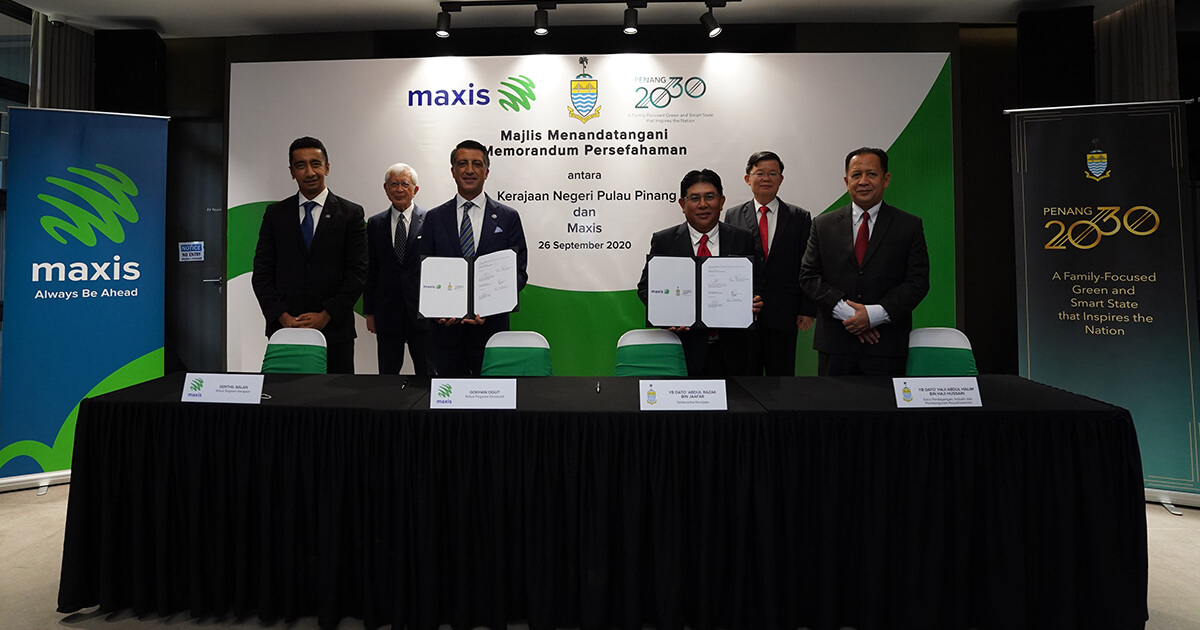